What’s a “Digital Immigrant” to do?

Several weeks ago, my “twenty-something” daughter suggested that I read “The Digital Divide” – a compendium of essays edited and introduced by Mark Bauerlein which present arguments both in support of and opposed to the new world of social media in which we currently reside. The first chapter of the book is a reprint of an article, first published in 2001, by Marc Prensky entitled Digital natives, Digital immigrants. The “Digital Natives” he describes are members of the generation that has grown up surrounded by technology, my “twenty-something” daughter included.  In contrast, the “Digital Immigrants” were not born into the “digital” world ( black and white TV was considered a big step for this generation) but rather have adopted new technology later in life. Although the focus of the article was on the different learning styles of “digital natives” and the implications for our educational system, the basic tenets apply as well to those of us engaged in angel investing. END_OF_DOCUMENT_TOKEN_TO_BE_REPLACED

The Jockey or the Horse?

I am frequently asked the “jockey or the horse” question – whether it is the team or the idea that is most important when considering an early stage investment opportunity. The real answer for me is that both are critical in the decision process. That being said, although I may invest in a company where the “idea” is not 100% formulated, I will always walk away from any opportunity where I am not completely convinced that the right team is in place and more importantly it is one that I want to be in partnership with over the long term. END_OF_DOCUMENT_TOKEN_TO_BE_REPLACED

Are You Ready to Be an Angel Investor? 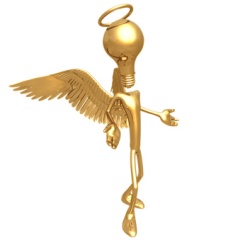 The term “angel investor” is used to describe a wide variety of investors in early stage companies. From the reality-show world of Shark Tank where entrepreneurs are grilled in front of a prime-time audience to established professional networks of angel investors including Tech Coast Angels,  New York Angels, Golden Seeds and others, it is clear that there is more than one type of angel. END_OF_DOCUMENT_TOKEN_TO_BE_REPLACED 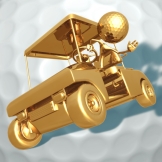 OK, so you are looking at the title of this post and asking yourself, “what in the world is she thinking; how can you possibly compare angel investing to playing golf”?